What the conference is about:

We are living in exciting times and seasons where we need the direction of the Lord more than ever before. The voice of the Lord is powerful and filled with majesty, His voice unites, gives vision and can change the course of an individual and nation’s destiny in a moment. God wants to ignite prophetic voices within the Eastern Cape and South Africa that will bring healing, breakthrough and deliverance to a nation.

There is fresh wave of prophetic voices that God will raise up in this season to do this. It is a second wave, those walking in the double portion of the previous generation like Elisha. Elisha walked in greater manifestation and impact due to the price that Elijah paid. An Elisha generation is being raised up that will prophecy into the heart of nations with miracles, signs and wonders following.

Out of this conviction a small group of church leaders within East London decided to partner in hosting the Elisha Generation Conference. We would like to extend an invitation to you and your congregation to join us for this time of prophetic empowerment and release from the 24th to 26th of August at Christian Centre in Abbotsford.

Our guest speakers will be Etienne Blom from Kingdom Fire Ministries in Stellenbosch and Dima Kryukovsky from Heaven Dwellers in Pretoria. Both are South African citizens and carry a heart for our nation and to see the prophetic restored and advanced in the body of Christ.
Please come and join us for a time of prophetic release in our city

Information about the guest speakers:

Etienne Blom from Kingdom Fire Ministries, is called in the office of a prophet and is internationally ordained as a pastor. He flows in all the areas of the 5 – fold ministry and specializes in the prophetic. He is married to Hettie, an ordained pastor, and they have two sons, Morné and André who is in ministry as well. They live in the beautiful student town of Stellenbosch, near Cape Town in the Western Cape.
Etienne was a spiritual son of Bob Jones, who passed away in 2014, and currently walks with Bobby Conner from Eagles View Ministries in the U.S. Etienne sees and hears clearly in the spiritual realm and has regular heavenly experiences. God uses him powerfully in deliverance, in healing and to bring life changing prophecies to groups and individuals all over the world.

Dima and his wife, Hester, have travelled many times between South Africa and Ukraine to do the ministry God has called them to. Their ministry is strongly prophetic and revelatory to opening up people’s understanding and experience of the realm of God. Dima has ministered in many nations and is pastoring a church in Pretoria, called Heaven Dwellers.
God gas been using Dima intensively in Russia over the last couple of years to equip and train the church in the prophetic ministry and giftings. They regularly experience signs and wonders, healing and deliverance during his ministry. Dima has been ministering with Henk Kleinschmidt on a regular basis and is also a close friend.

Program: * Leadership sessions are open for all.

Accomodation:
If you happen to be from “out of town” here are some sugestions on where to stay. Please click on a town to see a list of possible accomodation options.
Gonubie
East London 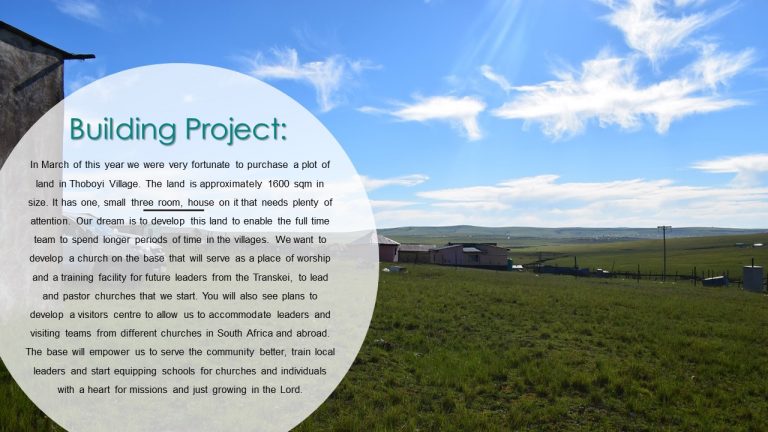 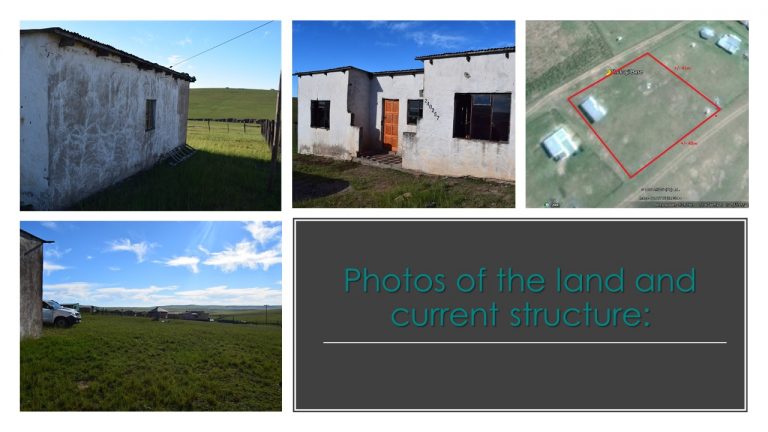 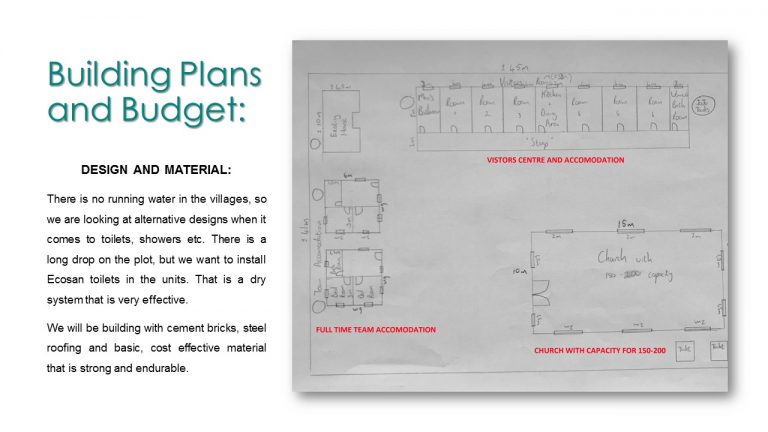 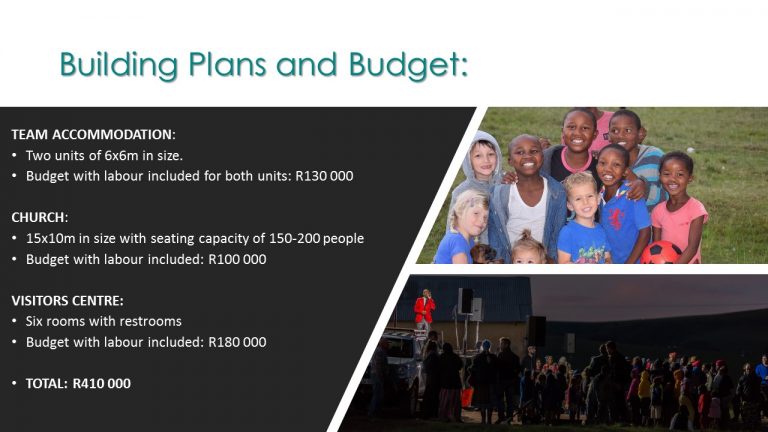 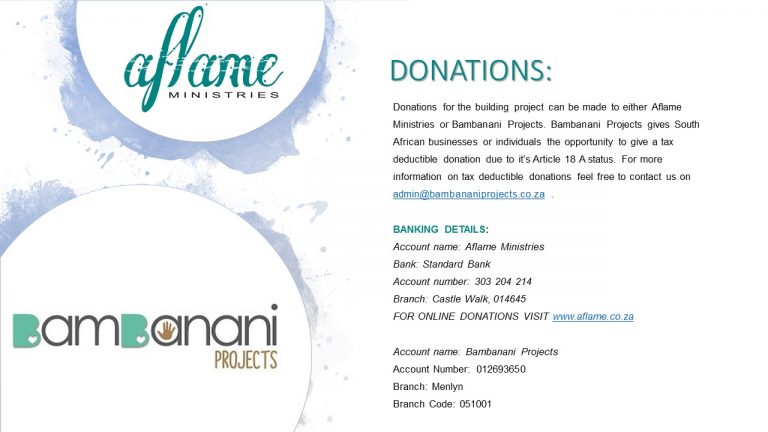 We are very excited to launch our EHLEKA IZISU- feeding project! We will give 200 kids from Duncan Village a warm meal every day during the school holiday, starting next week Monday, the 27th of June. We are partnering with Sizwe Makheke “Champ” and the team from the Shalom Center.

Please pray for us during this time as we believe it could open up a big door into the community. The children are between the ages of 4 and 18 years. Most of them come from single parent homes or live with grandparents with little or no income. Many in Duncan Village are without hope and end up on the streets due to poverty. The Lord has given us an opportunity to bless them with a warm meal, but more importantly with the Good News of His Love. Even as I am writing this to you, I feel such joy knowing that this is His heart for these kids. May they encounter their true Father during this time!

We need your support!
Please consider partnering with us financially on this project. It will cost R600 per day to feed 200 kids, this includes the gas for preparing the food. We have to provide them with bowls and spoons, this will cost approximately R1300. Maybe as a family you could prayerfully consider sponsoring one day’s meal? As this is a Bambanani Projects initiative, all donations towards this project is tax deductible. That means that any donations made to Bambanani by individuals or companies for this project, qualifies you for an 18 A receipt that can be deducted from your taxable income at the end of each year. Any support would be greatly appreciated and will assist us in impacting the community. If you would like to give towards this project, make use of the reference below and email proof of payment to admin@bambananiprojects.co.za for 18A receipts: 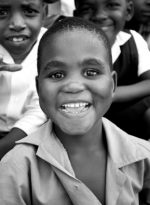 I trust that you are doing well! We are very excited about the Freedom Crusade that we will be hosting in Duncan Village next week, the 27th to the 30th of April. Duncan Village is a strong focus point for us at the moment and an area in great need of the Good News to manifest in power. Drugs, lust and other addictions are very strong in this area and we are trusting the Lord to breakthrough and free lives. Our friends from the Duncan Village community project will be helping us in making this possible. On the 27th we will be having a fun day for the kids from the community with music games and hot dogs. We are expecting around 300 kids to participate in the morning. In the evenings we will be having evangelistic meetings, trusting the Lord for a great harvest of souls, freedom and restoration. Marise and the team will be leading worship and trying Xhosa songs for the first time… :-).

Please carry us in prayer during this week. Pray with us for:

1. Unity in the team.
2. Grace to breakthrough the tradition and old ways of doing things.
3. A soul harvest and breakthrough in the spirit realm.
4. Protection.
5. Provision for all the project.

If you would like to partner with us financially, the budget for the week is R5000. Donations can be made to Aflame Ministries with reference DV Freedom into the following account:

Thank you for your prayers and support.

We are grateful for our relationship with brother David Hogan and his family, and the way it has been growing over the years. We all have been blessed spiritually by them and as a family we are learning on many levels from their walk with the Lord and years of experience in ministry as missionaries. Brother David and his team of missionaries have planted more than a 1500 churches in Mexico in the last 40 years. Have raised more than 500 people from the dead and has seen a harvest of souls into the hundred’s of thousands. Marise and myself feel privileged to have been invited by them to visit their work in Mexico and join them for a conference in the US. In the light of what we are busy doing in the Eastern Cape, this is an opportunity for us to learn and clarify the vision the Lord has given us. The time will include the following: All of this is in alignment with prophetic dreams and words we have been walking with for more than three years. This will be a time of impartation and learning that will impact us as a family and all those we are in ministering to and partnering with. Due to the long duration of the trip, Marise and the kids will have to join. The team in East London will carry on with the work for the 6 weeks we are gone. Please carry this in prayer with us. Pray that doors will open and connections will form in the US that will strengthen all involved in the future. Pray for provision for our airfare and visa fees (R120 000). And pray for our protection as Mexico is a war zone. Should you feel led to partner with us and invest into this time, make use of the Aflame account as below:

Thank you so much for joining us on this journey.
Love
Henk & Marise Kleinschmidt 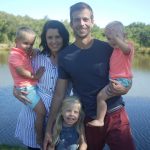 God is awakening sons in our Nation for the coming revival that has been promised for years. Come and join us as David Hogan shares stories and testimonies of the resurrection power of God. We trust and believe that in this day and age we will be awakened to the promises, and purposes of our Lord.

Aflame Ministries and God Adventure will be hosting David Hogan at God Adventure for the Awakening Conference on the 26 & 27th of August 2016.

Who is David Hogan?

David Hogan was born and raised in North Louisiana. His family for generations before him were men who preached the Gospel. After being around the Gospel for many years he rebelled against hypocrisy and God and lived a hard life with drinking, gangs and violence. He and his wife Debbie were married in 1971 in Louisiana. While he was working in the oil field his wife got saved and began praying with David’s parents for his salvation. While on an airplane to the oil field in Alaska he received a direct challenge from God to be that man who was no hypocrite but who sought after and walked in the power of God. He accepted Jesus as his Saviour and immediately returned on the next flight. David and his wife Debbie felt God calling them to move to Mexico after a visiting the country in 1977 on a mission trip. They have seen amazing signs, wonders and miracles as they minister to the many unreached people groups in the country.

We will be hosting the following sessions with David:

These events are open to all members of the public and we will be taking up love offerings in order to cover the cost of hosting David and his team.