Aflame ministries was founded in 2011 by Henk and Marise Kleinschmidt with a vision to see hearts burn with passion for Jesus. They started the ministry in Pretoria with outreaches to less privileged communities, street evangelism and international mission work. They have been involved in 15 nations around the world winning souls, training leaders and encouraging believers at conferences. In 2011 the School of Supernatural Ministries was launched training more than 600 students over a period of 4 years to walk and minister in the power of the Holy Spirit.

In 2015, the ministry moved to the Eastern Cape. Here they pursue the word the Lord gave Henk during a season of fasting for 100 000 souls in the Transkei region. The Transkei is home to the Xhosa-speaking people in South Africa. They are a strong group of people with a gift to liberate and bring freedom. The villages in the Transkei spreads as far as the eye can see, from mountain tops to valleys. Many of the villages in the Transkei are hard to reach, and have no existing churches in them. Communities are tormented by witchcraft and ancestral worship, causing poverty and destruction of families.

Their focus is to reach villages through the love and power of God. They do this through Gospel campaigns and door to door ministry. Planting churches in villages and raising up leaders from the local communities who loves the Word and the Holy Spirit.

Their hearts are set on being obedient to the Lord by doing what He said in Matthew 10:7-8 (NIV) –

And as you go, preach, saying, ‘The kingdom of heaven is at hand.’ Heal the sick, raise the dead, cleanse the lepers, cast out demons. Freely you have received, freely give.”

This resulted in them witnessing numerous healings, miracles and deliverances over the years. His love flowing through power has opened the hearts of many to come to Him and surrender their lives to His goodness.

God has used the ministry to touch people of all walks and social standing through conferences, within and outside of South Africa. They love to be part of what He is doing on the earth, seeing hearts ignited with passion for Him! 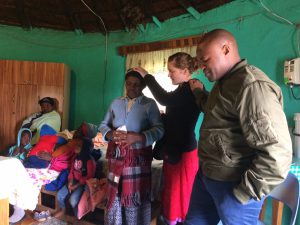 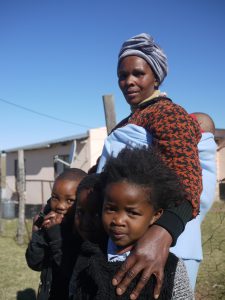 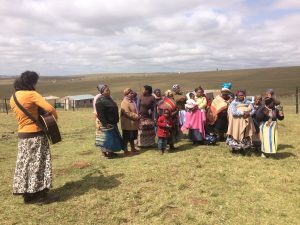