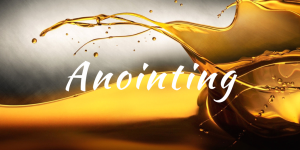 Last week Wednesday morning, while in prayer with a friend, I saw Cyril Ramaphosa standing with a piece of cloth in his hand. As I saw this picture the Lord reminded me of the story where David cut a piece off the robe of King Saul in the cave within the Engedi wilderness (1 Sam. 24:11-12). David could have taken the kingdom by force from Saul that day, but he honoured Saul despite all his weaknesses. I felt a tremendous sense of urgency to pray for Ramaphosa after this vision as I felt that it is a picture of him in this season.

The mantle of the ANC is supposed to go to him, but forces are rising against him to stop him from this. He has the corner of the mantle, but a healthy honor and unhealthy spirit of intimidation is against him. I am not writing this due to any personal preference regarding Mr. Ramaphosa, but I do believe that God will anoint him with a “Cyrus anointing” to bring change within South Africa.

In Isa. 45:1-6 we see how God chose Cyrus, a non-believer, to bring redemption to Israel. I believe the same is happening in this season with Ramaphosa as God will use him to release the treasures that have been hidden in darkness in South Africa, to see the beginning of a true reformation in the political arena in South Africa. But prayer needs to arise around him in this season. May this be the beginning of the unlocking of a nation’s true destiny.