Aflame Ministries team members are all responsible to raise personal financial support for their month to month needs. If you would like to support anyone of the team members, just follow the link to donate online or make an EFT. To ensure that your gift reaches the intended worker, please make use of their name in the comments box or as a reference with EFT’s. God bless you! 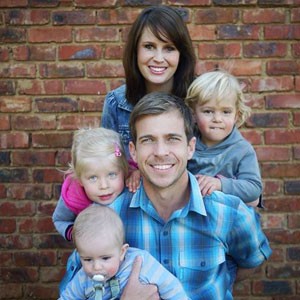 Henk and Marise Kleinschmidt are the founding members of Aflame Ministries. They have ministered extensively in the nations and in South Africa, believing  Jesus to stir fires of passion and revival in the hearts of everyone they encounter. Henk and Marise has a heart to see individuals step out in their purpose and destiny, fulfilling the Lord’s mandate to set the captives free. They have witnessed the Lord doing miraculous healings, signs and wonders everywhere they go transforming lives by His LOVE.

Henk has been involved in training and equipping the body for many years through the School ofSupernatural Ministry, Bible Schools and other training initiatives. He also regulary ministers at conferences and crusade meetings. He has a heart for street ministry and taking the message of love to the streets with demonstrations of power. Over the years he has also been involved in church planting and missions activities.

Marise studied a degree in Social Work at the University of Potchefstroom. She pioneered many community projects helping orphaned kids and those in great need.Marise is also a worship leader and loves seeing people encounter Jesus for themselves as they seek Him together. 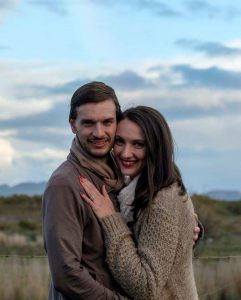 Wessel and Marli Vermeulen, together with their two children, joined the Aflame team in November 2016. They moved to East London from Cape Town where Wessel was a Financial Manager and Marli was a music teacher. Together they served as worship leaders in ROCKseed Ministry, where they were involved extensively in local (Cape Town) and national prophetic worship declarations over the city and country.

Wessel and Marli have a heart for intimate worship which they express through writing songs and leading people into a place where they encounter the heart of the Father. They share a desire to see people released from bondage and to live unhindered in the Kingdom of Heaven where they are healed, restored, made whole, trained and equipped.

For more updates and information on how to support Wessel and Marli, follow the link to their personal blog and contact information