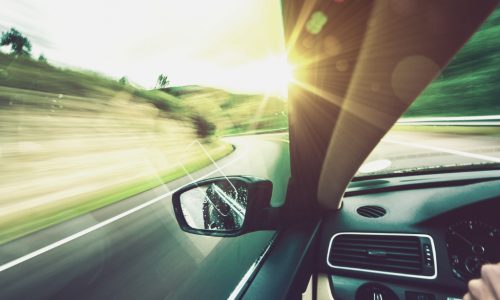 I trust that you are well and excited about the year 2017! As I was spending time with the Lord on the 1st of January I felt Him give some direction regarding this season. Some of the things are part of a process that will unfold over the next couple of years, but I believe He wants to align us with His heart. Prayerfully consider and I believe that He will lead each of us in what we are to give attention to this year.

A big word over the year is ACCELERATION. Processes in our lives will be accelerated by the Lord bringing quicker breakthrough and greater impact. He is awakening the bride in South Africa to her true authority and beauty. This process started in 2015 and this year will bring a big shaking that will awaken the “sleeping giant” to rise up in her true call. We are called to bring redemption in all arenas and accelerate healing, deliverance and transformation. Because of this many shakings will take place in the first six months of the year in our nation in all spheres. Heb. 12:26-29 in the Passion Translation:

26 The earth was rocked at the sound of his voice from the mountain, but now he has promised, “Once and for all I will not only shake the systems of the world, but also the unseen powers in the heavenly realm!” 27 Now this phrase “once and for all” clearly indicates the final removal of things that are shaking, that is, the old order, so only what is unshakeable will remain. 28 Since we are receiving our right say to an unshakeable kingdom we should be extremely thankful and offer God the purest worship that delights his heart as we lay down our lives in absolute surrender, filled with awe.29 For our God is a holy, devouring Fire!

God has been, and will continue to shake ungodly systems in our nation and our personal lives, so that the strength and beauty of the Kingdom may shine through His bride. His desire is to see every believer live in righteousness, peace and joy (Rom. 14:17). If we can keep perspective and stay fixed on Him with grateful hearts, righteousness, peace and joy will be the fruit that saturates our lives as we allow the Kingdom to manifest in us as it is in heaven. He began to build a love for righteousness in us during 2015, an understanding of the power of peace in the midst of storms in 2016 and 2017 will be the year of joy. Joy that will release strength (Neh. 8:10) in and for every situation. The shaking on a personal level will be on the “basics of the Kingdom” like the fruit of the Spirit. He wants to free us of ourselves and strengthen our character to act more like Him. His voice will bring this cleansing, therefore our hearts must be tender as we seek to hear from Him. But joy will overcome us as we walk in obedience and this cleansing will become a place of strength in us. The pure see Him (Matt. 5:8), in this will be greater joy than we ever experienced.

This shaking of the spirit realm will take place through the Body as a grace is being released for heavenly encounters. “Easy access!” is what I heard. Revelation will flow empowering the body and releasing answers to overcome evil. It is the year 5777 according to the Jewish calendar and the principle of the three fold witness will be seen as Jesus mentioned in Matt. 18:19-20:

19 “Again I say to you, that if two believers on earth agree [that is, are of one mind, in harmony] about anything that they ask [within the will of God], it will be done for them by My Father in heaven. 20 For where two or three are gathered in My name [meeting together as My followers], I am there among them.”

Agreement and unity produces a flow of His glory on the earth. Body, soul and spirit will be aligned with Him as heaven becomes our abode through time in worship, prayer and the Word. The manifestation of His presence will become greater as the three fold witness begins to grow in our whole being as individuals and then as family. Righteousness, peace and joy will bring a release of the might and force of the Kingdom that will bring greater impact into the world around us. Be expectant to see Him move in supernatural ways!

I also saw the Lord raising up the “young lions”, those in their twenties across the nation, to do great exploits for Him. Soul winners and prayer warriors that will be radical in their pursuit of His heart and purpose. The Lord will grip their hearts and His fear will bring many to their knees as He pulls them into His end time purposes. They will have a fresh view and think outside of systems and boxes. God is also going to breath on “non-mainstream” churches to stir hunger and freedom in the body nationwide. They will be pioneers of freedom.

The church will again start to lead the fight against racism as different church families of different ethnic groups start to work together. This is not outreaches, but partnerships that will bring mutual blessing and set the tone for reconciliation on a larger scale. I also saw a reconciliation between the business world and church. The two will come together again and this will empower the expansion of the Kingdom. Trust will begin to be restored and in this corruption will be fought together with great effect.