The Fourth Watch: The coming Revival

About a week ago as I was spending time with the Lord, and I read through Matthew 14:22-33, the Lord started showing me exciting things concerning our nation. The following verse really spoke to me: 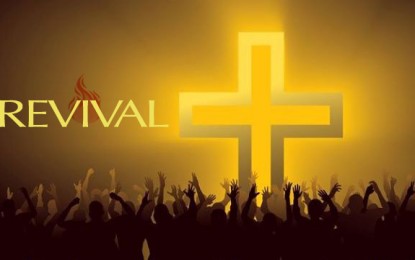 I believe we are in the fourth watch as a nation! The fourth watch is the time just before daybreak, right before the breakthrough comes. According to friends who served in the military, it is also the time where most enemy attacks take place on the battle field. Right before sunrise is a time where the body gets really tired, concentration slips and we are vulnerable. Many in our nation feels like the disciples, storm tossed, battered, always facing a headwind and far from solid ground. Yet, when I read this I knew this is a season of promise that we are standing in. It is the time where the true followers, the disciples of our Lord, will be revealed. For many it feels like Jesus left the boat, but He commanded us to get in the boat in the first place. His word upholds everything, and we as a nation must hold to the promise of Revival coming to our nation like never before. Jesus is about to step in like never before.

We need Revival, we need the Reviver to come and manifest His goodness over a nation struck with fear, hatred and confusion. That is the only solution, and it is His promise to us for almost a century now. Everyone in that boat was afraid, but only one made a faith demand on the authority of Jesus. Peter asked Him to command Him to do the impossible, to walk on the present danger. Jesus invited Peter to walk on water! To walk in the storm on the very matter that would cause their death. Peter did it, and succeeded until he became more aware of the storm than of the Saviour. He became more aware of the threat, than off the Promise. But at least he got out of the boat. When he sank Jesus grabbed him immediately, took him to the boat and the storm stopped. Peter’s faith brought a miracle for everyone in that boat, despite what might have looked like failure.

Revival is coming. That is the word, the command, of the Lord in this fourth watch. But who will get out of the boat and walk on the authority of His word? God is looking at us, the body, in this fourth watch, to see how we will respond. Will we take faith leaps like Peter that pulls Jesus into a nation’s story in a time of need? Faith will move Him. Those who will move on His word and instead of becoming complacent in this season, will produce breakthrough for many by actions that goes against the spirit of the world.

I want to invite you to step out on the water. As believers, let’s remind God of His promise of an outpouring over our nation through prayer, faith actions and proclamation. Where sin abounds, grace abounds all the more! Let’s walk on water, don’t get distracted, and don’t forsake the promise and press through into the light.

Gen 1:2-3 The earth was formless and empty, and darkness covered the deep waters. And the Spirit of God was hovering over the surface of the waters. 3 Then God said, “Let there be light,” and there was light.